In this article, we will go over the top betting picks and predictions for the Canadian Premier League fixture between Edmonton and Valour, which will be on the 1st of August, 2021.

We went through the Edmonton vs Valour statistics and came up with these betting picks for the match on Sunday. If you want to see more CPL odds, check out our site's latest articles.

Remember to always check out the betting lines on the bookmaker platform before you place your bets because they could have changed. The betting lines above came from BetMGM.

This season we don't see many BTTS games in Valour or Edmonton's match histories. Only one of Valour's eight games played this season ended with both teams scoring goals. Three of the last five Edmonton matches ended with clean sheets.

Valour won six of the eight matches they played in the Canadian Premier League this season and they are eight points ahead of Edmonton at the first position in the CPL table. Edmonton won only two of this season's eight games they played, so far. It's highly unlikely that they will win on Sunday considering they only won one game against Valour out of the six head-to-head games they played.

Edmonton vs Valour: Recent Matches and Scores Before Sunday

You can check out the most recent Edmonton vs Valour scores and statistics before their match on Sunday in these tables below.

Team Injuries, News, and Match Preview for Edmonton vs Valour

There are no injured or suspended players thus far for both Edmonton and Valour in this Canadian Premier League season, so they will be playing against each other at full force. Considering the low-scoring tendency that both teams have thus far into the season, we think there won't be many goals scored on Sunday.

Also, no players out of these teams will be playing for the Canadian national team soon. The match should be straightforward, but we can never be certain when it comes to soccer. 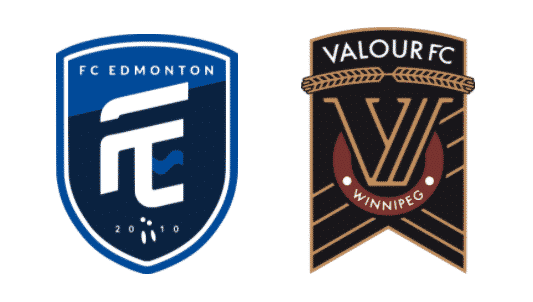 Questions & Answers Regarding the Edmonton vs Valour Match