Both Team to Score - Yes

Let's check out the second Canadian Premier League fixture for Saturday between HFX Wanderers and Edmonton.

We checked out the HFX Wanderers vs Edmonton statistics and history and came up with these top free betting picks for the Saturday match. All of the lines you saw above are subject to change and come directly from the bookmaker BetMGM. You should double-check them before you place your bets because they might have changed by the time you read this.

Lineup Information Regarding the HFX Wanderers vs Edmonton Fixture

Here, you can read more about the upcoming HFX Wanderers vs Edmonton match on Saturday.

Right now, there are no suspended players from HFX Wanderers, but João Morelli is out with a cruciate ligament injury and won't be able to play this weekend

Edmonton doesn't have any injured or suspended players right now, so they will be playing at 100% this weekend.

Match Statistics and Recent Odds for HFX Wanderers vs Edmonton

In these tables, you can check out the most recent match statistics and results for both Edmonton and HFX Wanderers.

We suspect that not only both teams will score during Saturday's match, but that HFX Wanderers would win as we saw in the few times they played against each other last year at the Wanderers Grounds in Halifax. Also, out of the four times, these two teams played together since 2020, Edmonton won only once, while losing the other three games. 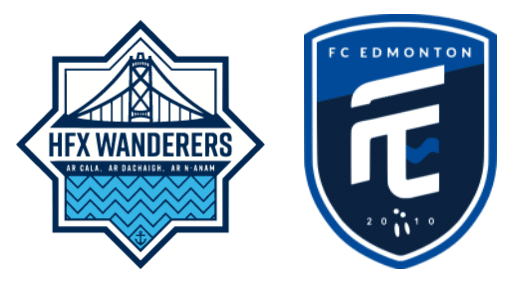