On Wednesday, the Forge and Edmonton will be facing each other in the Canadian Premier League and we will go over the essential points for the fixture.

After checking out the Forge and Edmonton's recent form we came up with the following free betting picks for their upcoming match. Keep in mind that the betting lines above come from BetMGM, but before you finish placing your bet, you should double-check the lines because they can change.

Two of the last three times that Forge and Edmonton played together, the games ended with more than 2.5 total goals scored. We believe that their next head-to-head will also end that way. Four of the last five matches for Edmonton ended similarly.

Lineups and Player Injury News About Forge vs Edmonton

In this section, you can check out the latest lineups for the upcoming Forge vs Edmonton game this weekend or any other player news.

Forge will play at 100% this week because they don't have any injuries or suspensions on the squad. Aboubacar Sissoko will have to be careful though because he is at risk of suspension with four yellow cards.

Edmonton will be playing at 100% this week because they don't have any injured or suspended players on their squad.

These statistics are for both the regular and head-to-head recent matches of Forge and Edmonton.

What is Going to Happen on Wednesday?

Forge has had better luck against Edmonton in the recent head-to-head games they played. Also, they have performed better throughout the season. That's why we think they will win at the end. There might be more than 2.5 total goals scored, as well. 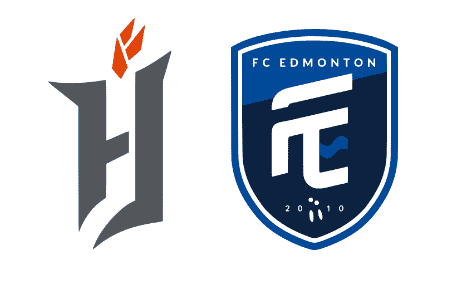 Essential Questions About Forge vs Edmonton