Below, we have listed the top DC United vs Toronto betting picks for their Saturday match. If you are interested in more MLS betting lines and picks, you can check out the latest articles on our website.

We used lines directly from the BetMGM platform but you have to remember to double-check them before you place any wagers because all odds are subject to change.

DC United is not only eight points ahead of Toronto FC in the Eastern Conference but they are also in better form recently. Three out of the last five games they played ended in either a win or a draw. Toronto's last five games played were all losses.

DC United's last match ended with both teams scoring and 50% of Toronto's last ten matches also ended with both clubs scoring. Four of the last five fixtures between DC United and Toronto ended with a BTTS outcome. This leads us to believe that maybe goals will be scored for both sides, again.

Toronto is in bad team form, for now, but in terms of injuries, they are doing better than their current opponents DC United. Toronto has only one injured player at the moment who won’t be able to make the Saturday match because of his knee injury – forward Ifunanyachi Achara.

DC United's injury list is longer and more colorful with five players injured on various positions. Defenders Steven Birnbaum and Chris Odoi-Atsem have been missing for most of the current season. Forwards Erik Sorga and Edison Flores are out because of muscle injuries but have played in several fixtures this season. Midfielder Drew Skundrich has been missing for several fixtures due to a knee injury he sustained at the end of May. 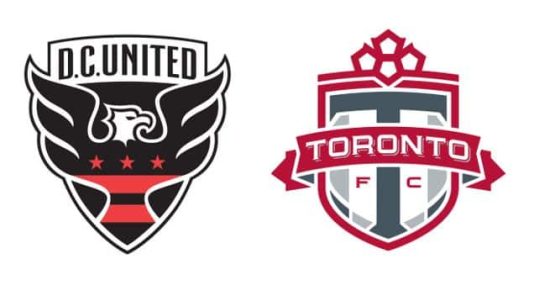 Frequently Asked Questions Regarding the Match