Today, we will check out the DC United vs Minnesota Utd upcoming MLS fixture to find the best betting picks, lines, and odds for it. If you want to see more MLS betting picks, you are welcome to visit our website's latest articles.

We went through the data and came up with these top free picks and predictions for the DC United vs Minnesota Utd match this week.

All odds are from BetMGM, and if you plan to bet on these lines, make sure to double-check the odds via your bet slip. That's because all odds are subject to change.

Minnesota Utd hasn't seen many goals from both sides recently with seven of their last ten games ending with clean sheets. Also, two of the last three times that DC United and Minnesota Utd played against each other ended without both teams scoring.

Most of DC United's games this season have been with over 2.5 total goals, specifically seventeen out of the twenty-six they played in total. Also, their season average is 3.2 goals per match. Minnesota Utd has also been scoring a lot with three of the last five matches ending with over 2.5 total goals. Two of the last three times they played against each other the match also ended that way.

In these tables, you can check out the most recent team scores and match histories for the DC United vs Minnesota Utd match.

Both DC United and Minnesota Utd have the same points and are at the same place in their respective rankings in both conferences. For DC United three players in total won't play on Thursday because of injuries. Minnesota Utd also has two thigh injuries for Thursday – McMaster, and Agudelo. Other than that, there are no suspended players on either of the squads. 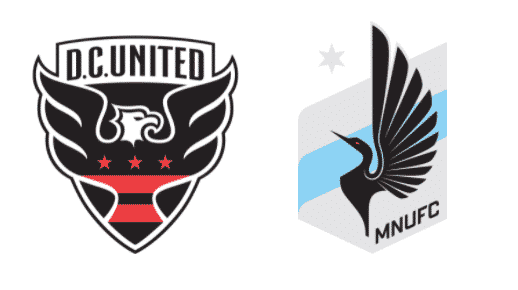 Common Questions & Answers About the Fixture