The next MLS game we will cover is DC United vs Houston Dynamo, which will be on the 8th of May. Let's go over the event and choose the top picks and predictions.

Below, you can check out the latest betting lines and top free picks for the game between DC United and Houston Dynamo. We used odds from BetMGM, which were correct at the time of writing. Before betting, make sure to dole-check them because they could have changed after you read this.

There is a high chance the upcoming weekend game between Houston Dynamo and DC United ends with more than 2.5 total goals scored. The same thing happened in three of the last four head-to-head games between the two teams. Also, four of the last five games each team played ended the same way.

Here are the latest team injuries for both teams before their Sunday match-up.

Houston Dynamo doesn’t have any suspended players and only one of their own is injured right now – Daniel Steres.

Head-to-Head Stats for the Match on Sunday

We gathered all the head-to-head statistics and match data you will need to check out for the DC United vs Houston Dynamo match this Sunday.

Final Match Preview & News About Each of the Teams

The Sunday game between DC United and Houston Dynamo might promise a lot of goals, but we don't think DC United will end up a winner. Houston Dynamo isn't in the best form, as well, but at least they have the advantage over this particular team. 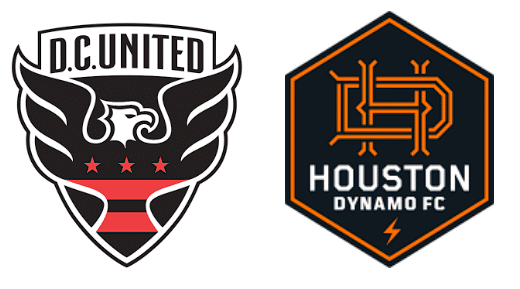