DC United will be facing Cincinnati on Sunday, and we will give you the top free betting picks and predictions for the match. If you want to see more MLS odds, we suggest you take a look at our latest content.

We gave our betting experts the job to find the top predictions and free betting picks for the DC United vs Cincinnati fixture this weekend. You can see the list below:

All odds used here are from the BetMGM bookmaker platform. They are correct at the time of writing, but also subject to change. Make sure you double-check them before wagering.

Four of the last five matches for DC United ended with both teams scoring goals. Also, the two times that DC United won a head-to-head match, the match ended the same way.

DC United performed better during the whole tournament with a fourteen-point difference against Cincinnati who is almost last. DC United won four of the last five matches they hosted, while Cincinnati lost or drew seven of the last ten away games they traveled to. Also, Cincinnati has never won a game against DC United in the past.

DC United is one of the two teams in the Eastern Conference with most over 2.5 games this season (sixteen out of twenty-five matches ended with more than 2.5 total goals). Despite Cincinnati's recent losses, three of the last five matches for them also ended the same way. Both times that DC United won a head-to-head game against Cincinnati out of the last five, ended with over 2.5 goals.

In the tables below, you can see the most recent head-to-head stats for the DC United vs Cincinnati fixture this weekend. 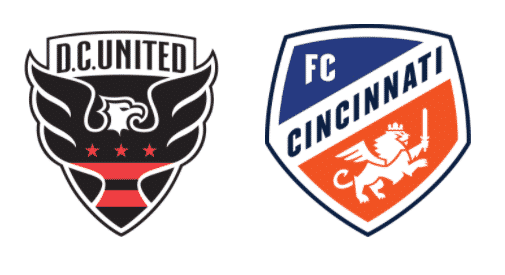 Essential FAQs You Should Read Before the Kick-Off