We will be bringing you the latest DC United vs Chicago Fire betting lines, free picks, and match preview, so stay tuned and continue reading.

These are our top free picks for the upcoming DC United vs Chicago Fire match on Sunday. If you want to see more MLS odds and predictions, you can take a look at our latest articles. Odds from BetMGM are subject to change. This means that even if the lines used here are correct at the time of posting, whenever you decide to place a wager, the odds might have changed.

In this section, you can see if any players will miss Sunday's match for any reason.

DC United's only injured player is Russell Canouse who is missing since mid-February because of an injury.

Forward Carlos Teran is the only injured player from Chicago Fire since mid-February.

These are the latest head-to-head stats for the DC United vs Chicago Fire match on Sunday.

DC United vs Chicago Fire: Final Preview of the Match

Looking at the head-to-head history between the two teams and the two matches each of them already played in the new MLS season, we think that Sunday's game will end with a win for the home team and goals from only one of the sides. 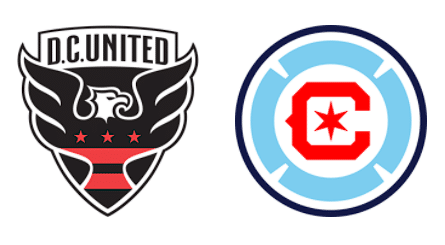