In this article, we will talk about the Dallas vs Sporting Kansas City match, which will take place on the 15th of August. For more MLS predictions and free betting picks, go to our website's latest content.

We tasked our experts with reviewing the Dallas vs Sporting Kansas City match and this is what they came up with regarding the top free betting picks.

We used BetMGM's betting lines as an example, and you need to double-check them before betting because they are subject to change.

Below, you can check out the most recent odds and statistics for the upcoming match between Dallas and Sporting Kansas City.

Sporting Kansas City doesn't have any injuries or suspended players, but midfielder Felipe Hernandez won't join the squad on Sunday against FC Dallas because of personal reasons. Although Sporting Kansas City is currently heading the Western Conference table and are thirteen points ahead of Dallas, it doesn't mean they will win.

FC Dallas has two injuries – one of them is long-time injured midfielder Beni Redzic who is out with an ankle injury, and the other is defender Justin Che who is out with a leg injury for a few matches already. 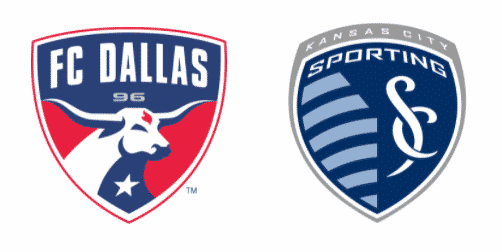 Important Questions & Answers Regarding the Match on Sunday