The Dallas vs SJ Earthquakes MLS fixture will be played this Sunday, so stay tuned to find the top betting lines, match preview, and free picks for the match.

The list below contains the top three picks for the Dallas vs SJ Earthquakes match. If you want to see more MLS odds and predictions, you need to visit the latest articles we posted.

The odds we used came from BetMGM our recommended bookmaker for this match. Before wagering, you should check them out on your bet slip because all odds are subject to change.

Recent Match Histories & Scores for the Dallas vs SJ Earthquakes

These are the recent match histories and statistics for the upcoming Dallas vs SJ Earthquakes match this weekend. Check them out before you place any wagers.

SJ Earthquakes and Dallas are both in the middle of the table with only one point difference. Based on the recent form of both teams and the head-to-head data, we believe that Dallas doesn't have a chance of winning. 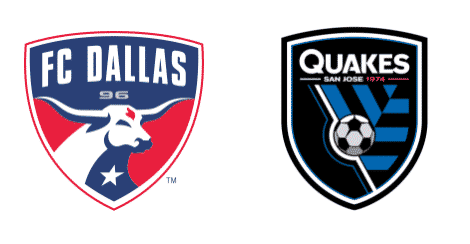