Dallas will be facing Nashville on the 13th of March (Sunday) at Toyota Stadium, and below, you can check out the latest odds, betting lines, betting picks, and predictions.

Odds & Picks for Dallas vs Nashville

These are the most important Dallas vs Nashville betting picks for their upcoming fixture. Odds from BetMGM are subject to change. All the odds were correct at the time of posting, but make sure to check them out before placing any bets.

Nashville is better than Dallas when it comes to their first MLS matches this season. Nashville won or drew their games, while Dallas lost and drew their two games since the season started. These two teams played four games in total, and two of them were wins for Nashville, while Dallas only managed to beat Nashville once.

Lineup Information for Dallas vs Nashville on Sunday

Let's see which players won't get to play on Sunday in the game between Dallas and Nashville.

With no injuries at all Dallas went to two injured players less than a week ago. Midfielder Dominick Hernandez and forward Franco Jara will miss the match due to various injuries.

Nashville doesn't have any injured or suspended players, for now, so they will be facing Dallas at full strength.

In the table below, you can check out the top Dallas vs Nashville's recent matches and scores.

Dallas didn't start the season at their best although their club friendlies right before the tournament were quite successful. Nashville started their season without a loss, although it wasn't perfect. We don't think that both teams will get to score during the match, like in all of the head-to-head fixtures these two teams played together before. Nashville scored in both of the matches they played, so far, but Dallas didn't even score in their last match against New England. 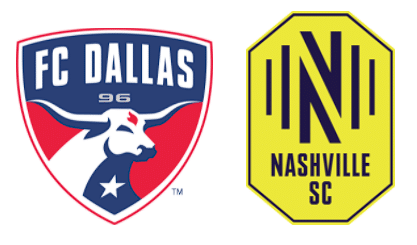