Today, we will check out the Dallas vs Minnesota Utd, which will be on the 3rd of October. If you are interested in reading about more MLS free picks and predictions, you can visit our website and check out the latest content.

We tasked our team of experts to recommend the best predictions and betting picks for the upcoming fixture between Dallas and Minnesota Utd this weekend, and this is what they came up with:

The odds you see here are from BetMGM and are subject to change. Check your bet slip before confirming anything.

Three of the last five matches between Dallas and Minnesota Utd ended with both teams scoring goals. Dallas recently played a lot of games where both teams scored goals, for example, seven of their last ten fixtures ended that way.

Dallas hasn't had luck these past few weeks with only one win out of the last ten games they played. Their opponents, on the other hand, won or drew 60% of their last ten games. Minnesota Utd has also another advantage over their opponents – they won three of the last five head-to-head matches they played. Dallas is ten points behind Minnesota Utd in the Western Conference table.

Before betting on this match, check out these head-to-head statistics and data for the upcoming Dallas vs Minnesota Utd match.

Minnesota Utd is firmly in the middle of the table with thirty-seven points, so far. On Saturday, they will have two players missing because of injuries – a forward and a midfielder. Dallas also has two injuries for this weekend – Hollingshead and Nelson. Even if there weren't any injuries, we don't think that Dallas stands a chance against Minnesota Utd on Sunday. 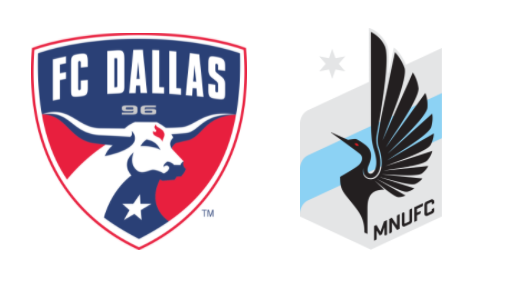 Essential Questions & Answers for Dallas vs Minnesota Utd on Sunday