In this article, we will check out the Honduras vs Curacao match of the CONCACAF Nations League – League A. You can see the top predictions, betting lines, and picks for the match below.

These are the top predictions and free picks for the Honduras vs Curacao fixture from the CONCACAF Nations League – League A schedule for the week. All odds are from the BetMGM bookmaker platform. If you decided to place these bets, make sure to double-check all odds before wagering.

Three of the last five games that both Curacao and Honduras played ended with a clean sheet or no goals scored at all. We think that Tuesday's game will most likely end the same way. These teams have faced each other only two times before and both of those games ended with a clean sheet. It's safe to say we expect only one of the teams to score this week.

Curacao surprised us with a win against Honduras in the first match they hosted a few days ago. We think that they will most likely win again because they beat Honduras in the only game they played at their home stadium before. Also, Curacao won or drew three of the last five away games they played, while Honduras lost all five of their most recent home games.

Lineup Information Regarding Honduras vs Curacao

In this section, you can check out the most recent injuries and suspensions for both national teams before their upcoming game.

There aren't any injured or suspended players from Honduras, so they will be playing at full strength this week.

Curacao doesn’t have any suspended players, but there are two injured players. Leandro Bacuna is out since January this year, while Cuco Martina suffered an inflammation at the end of April.

In the tables below, you can check out the most recent odds, stats, and team forms for both Honduras and Curacao.

The Tuesday game will most likely end the same way the first game ended between them a few days ago. Curacao will most likely win with a clean sheet. Even if Honduras will be hosting the match, we don’t think that that will matter based on recent stats. 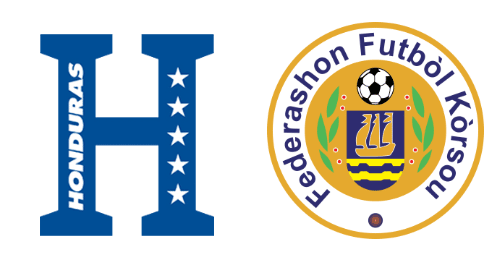