French Guiana have only made it to one Gold Cup in their existence. Here they have the chance to edge closer to their second finals. Will they get the win though? Find out with our Cuba vs French Guiana match preview with free tips, predictions and odds mentioned along the way.

Our top tips for Cuba vs French Guiana

Cuba not French Guiana are in great form over their last five games but back to back wins in the last two for Cuba mean they at least have a small amount of momentum with them. The same cannot be said for French Guiana; they only have a solitary win from their last five matches. It's not just the recent victories that swing our prediction in Cuba's favour though; they've won both games with decent performances and that's a big thing after three losses on the spin.

A loss and blanking up top for French Guiana

So, the first of our picks backs Cuba to win the game citing their last two displays as a big part of the reason. Well, both those wins have been underpinned by a clean sheet; in fact, their last eight wins have all been to nil. When you then consider that French Guiana have failed to score in three of their last five matches you quickly realise that this bet carries a decent bit of value.

Cuba's form might lean towards this match going over 2.5 goals with just two of their last five coming in south of that mark. That's cancelled out by French Guiana's recent results though; three of their prior five matches have been under the 2.5 cut off. The big factor behind our prediction has already been touched on above; goals have been hard to come by for French Guiana of late. Cuba only have eight goals in their last 10. It hardly screams an abundance of goals.

Had this game come a couple of months ago Cuba might have been less confident of their chances. Now though, they've recorded back to back wins along with two clean sheets and will be desperate to record another victory as they take on French Guiana. Jorge Corrales and Cavafe will be the central defensive pair keeping things tight; at the other end Onel Hernandez and Maykel Reyes, who has scored three goals in his last two games, will be looking to make the difference. French Guiana won't be walloped out of sight mind you. Jessy Marigard scored a brace in his last match whilst the Cuba attack will need to work for their opportunities with Thomas Vancaeyezeele a big presence at the back.

Additional information ahead of Cuba vs French Guiana 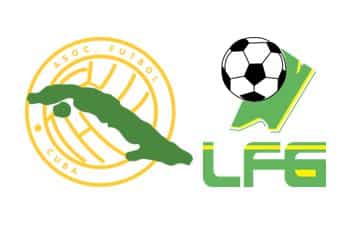