Cruz Azul will be facing Montreal on the 10th of March, and today, we will be reviewing the match and recommending the best predictions for it. If you want to see more CONCACAF Champions League odds and picks, you can check out our website.

Our experts went through the data and came up with the following outcomes for the Cruz Azul vs Montreal match. Keep in mind that the odds here are from BetMGM and they are correct at the time of writing. Also, check your bet slip before continuing because they are subject to change.

Cruz Azul has been having a lot of high-scoring games lately with seven of the last ten games they played ending with more than 2.5 total goals scored. Also, three of the last five matches that Montreal played ended the same way. There is a high chance the Thursday match will also end the same way.

Information and Lineups for Cruz Azul vs Montreal

Let's check out if any injuries or suspensions will impact the game's lineups.

There are no suspended or injured players from Cruz Azul, so they will be facing their opponents at 100%.

Three players from Montreal's team won't be playing this week due to various injuries. Samuel Piette and Ahmed Hamdi are out with ankle injuries since last month, and forward Mason Toye is also out with another injury.

Recent Bookmaker Odds and Scores for Cruz Azul vs Montreal

Below, you can check out the most recent statistics and scores for the upcoming Cruz Azul vs Montreal fixture.

Our Final Review of the Match Between Cruz Azul & Montreal

Cruz Azul vs Monterrey this week is setting up to be an interesting first leg because of the previous games both teams played. We think that the match is going to be a high-scoring one but eventually Cruz Azul will win against Montreal. 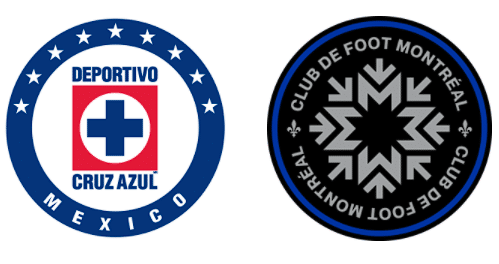