A few games before the end of the qualifiers, Canada already secured a place for the World Cup in November but Costa Rica still hasn’t.

Costa Rica vs Canada: Predictions and Betting Lines For This Game

If Costa Rica wants to secure the inter-confederation play-off a victory against Canada is a must. The away side is too good in these qualifiers and it will be almost impossible for Costa Rica to get something from this game:

The head-to-heads may say that the teams are equally good but the current state of affairs says something else. Most of Costa Rica’s success against Canada came almost 15-20 years ago. In the last five games, Costa Rica has only one victory against this young and very promising Canada team. Canada won the last two games with a 1:0 and 2:0 result and is rightfully the bookie’s favor for this game too.

The last game that had three or more goals between these teams was played on the 11th of July, 2009. Canada is the team with the best defense in the league – only five goals conceded in 11 games. Meanwhile, Costa Rica has the 3rd most unproductive attack with only eight goals scored so far.

Squad News for the Costa Rica vs Canada clash on Friday

The two coaches will be happy to have their best players fit for battle in this game.

Joel Campbell has been performing well for his club in Liga MX and his good fortune continued for the national team as well where he was the hero with a late goal for Costa Rica in the game against Jamaica. PSG’s star goalkeeper Keylor Navas is in top form for Costa Rica – three consecutive clean sheets.

The star winger Alphonso Davies is left off Canada’s qualifiers roster for this match. This will force the coach’s hand to rely on more defensive-minded players like Stephen Eustaquio and Liam Fraser who did good in the midfield in the last few games. 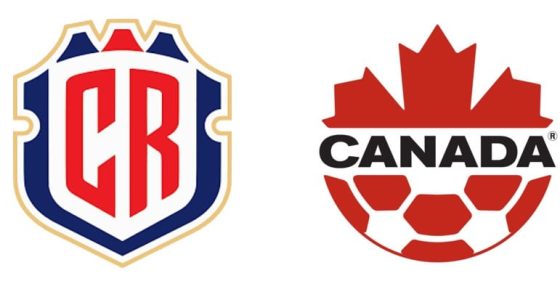 Odds and Statistics for the Costa Rica vs Canada match

Costa Rica’s Dream Will be Crushed

Canada has five consecutive victories in these qualifiers and is by far the best-performing team. Costa Rica did secure three consecutive clean sheets but also scored only two goals. Against a great defense like Canada’s, it’s going to be very difficult for the home team to score. Our soccer experts predict a narrow 0:1 away victory.

Q&A for the Costa Rica vs Canada Game