The opening part of any season is always a joy to behold for the fans! We expect the two teams to put on a show for them.

The bookies give the edge to Columbus Crew but our soccer experts beg to differ. We provide you with what we consider are going to be the best predictions in the opening fixture of the MLS. BetMGM has all the current odds for you only 1 click away. Don’t hesitate to double-check them there!

In the last 10 games between the two clubs, it is Vancouver Whitecaps who have been undoubtedly the better side. The team has 5 victories, 3 draws, and only 2 losses against Columbus Crew. Vancouver Whitecaps had an amazing pre-season and won against some of the best teams in the league – a 4:2 victory against LA Galaxy particularly impressed. Meanwhile, all the pre-season games for Columbus Crew got canceled and it will be interesting to see where the team is at in terms of stamina.

On 6 occasions in the last 10 games, the result was 3 or more goals. We expect this to be the case again on Saturday as Vancouver Whitecaps’ current momentum is just too good to ignore. The 6 goals in the LA Galaxy game can back our prediction up.

We hope that the few injury issues will not ruin the opening fixture in the MLS.

The main concern is the midfield with the absence of Artur, Perry Kitchen, and Aidan Morris. The injury of Kevin Molino might force the coach’s hand to gamble on the 33-year-old Pedro Santos and we don’t consider him a major threat for the game against Vancouver Whitecaps.

The only trouble for coach Vanni Sartini is called Caio Alexandre. We believe Vancouver Whitecaps has enough depth to its squad and that this injury will be left unfelt when the coach puts Pedro Vite on the field. Lucas Cavalini and Brian White both performed well in the pre-season in attack and we think they have the best chance to get a few goals against Columbus Crew.

The most current H2H stats and odds for the game:

Columbus Crew to fail at the start

Columbus Crew has had training sessions without a doubt. But without any official pre-season friendlies it is very unlikely for the squad to show its best face against Vancouver Whitecaps. The away team didn’t waste its time during the winter and we could see that in the games in February. Our soccer experts predict either a draw or a narrow away victory. 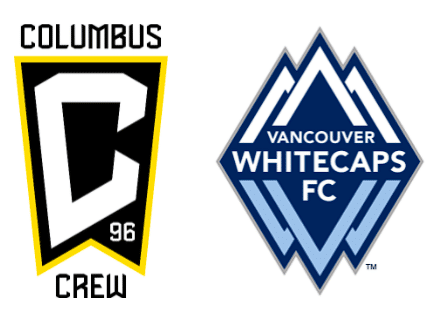 Key Data on the game: