This article is about the upcoming Columbus Crew vs New York RB match, which will be this weekend. If you want to find the top betting lines and picks for the match, this is the right place to do that.

Latest Betting Picks and Betting Lines for the Sunday Opener

These are our top free betting pick suggestions for the upcoming Columbus Crew vs New York RB fixture on Sunday. Check out our website for more MLS betting picks.

These odds are all from our recommended bookmaker for this match BetMGM. They are also subject to change, so check them out via your bet slip.

In many recent matches for both teams, there have been plenty of clean sheets. For example, in three of Columbus Crew's last five matches and four of New York RB's last five games, the result was only one team scoring.

Columbus Crew has had a great record when playing at home recently with five out of five wins, while New York RB hasn’t won a match against the Crew they traveled for since 2015. Also, Columbus Crew won three of the last four head-to-head matches they played against New York RB. Even though New York RB seem to be doing well and are two points ahead of the Crew now, we don't think they will win the match on Sunday.

Although Columbus Crew has had a few games with over 2.5 goals recently, we think that against New York RB there won't be that many, like in the past. Three of the last five matches that Columbus Crew and New York RB played against each other ended with fewer than 2.5 total goals scored. Also, New York RB is the team with the most under 2.5 goal games this season in the Eastern Conference.

These are all the relevant and recent match statistics and scores for the Columbus Crew vs New York RB match this weekend.

Columbus Crew has had several injured players for a while now starting with Morris, Molino, Kitchen, and ending with Artur. They have been missing for more than a few matches and maybe the team is used to playing without them especially at home where some of their teammates can watch. New York RB only has one injured player – Aaron Long who is out with an Achilles tendon injury and won't be back anytime soon. 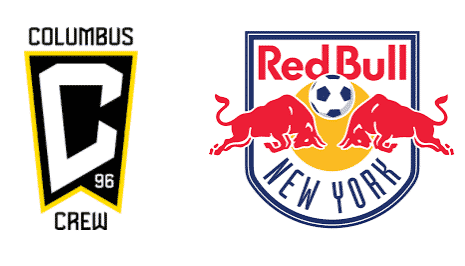 Commonly Asked Questions About the Fixture