In this article, we will go over the upcoming MLS match between Columbus Crew and Cincinnati. If you want to check out our other MLS predictions and betting picks, you can head over to our website.

We tasked our experts with looking over the Columbus Crew vs Cincinnati fixture and coming up with the top free picks and predictions. Here is what they gave us:

All odds are from the BetMGM platform and are correct when this was posted, but we can't guarantee that they won't change. The smartest move would be to double-check the odds via your bet slip before placing any bets.

Cincinnati lost only three of the last ten fixtures they played, while Columbus Crew has been on a six-game losing streak since the end of last month. Despite having more points in the Eastern Conference table than Cincinnati, we don't think that the Crew will win the game on Saturday. Also, Cincinnati won the latest head-to-head game against Columbus Crew that didn't end in a draw.

In the tables below, you can check out the Columbus Crew vs Cincinnati's latest statistics & data.

Although Columbus Crew has prevailed more times against Cincinnati in the past, we don't think that will happen on Saturday. First, their recent form is at the bottom of the Eastern Conference (in the last five fixtures), and they have six injured players that won't be able to play on Saturday. Among them are Kitchen, Morris, Artur, and Hairston.

Cincinnati also has a few injured players but they have been out for a while now and the team is used to playing without them. We don't think a loss is in the cards for Cincinnati because they managed to draw so many of their last ten fixtures. 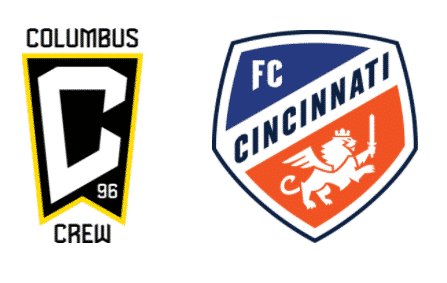