Colorado Rapids will be facing Sporting Kansas City on the 8th of August. We will go over the event to make sure you are prepared and have the latest betting lines and top picks.

Betting Picks, Top Lines, and Predictions for the Sunday Match

These are the betting picks we came up with for the upcoming match between Colorado Rapids and Sporting Kansas City. If you want to see more MLS betting picks, you should check out our website.

The betting lines above are from the bookmaker platform BetMGM and are subject to change. This means that you should check them out before finalizing your wager.

These statistics and match histories will help you with choosing which betting picks to place, so check out these tables.

Four of Colorado Rapids’ players won't be able to make it because they were selected to play for their respective national teams. They are Kellyn Acosta, Mark Kaye, Jonathan Lewis, and Sam Vines. Their midfielder Younes Namli is still out with a broken ankle.

Sporting Kansas City has only one injured player – midfielder Cameron Duke who is out with a muscle injury. Another midfielder that won't be able to make it on Sunday against Colorado Rapids is Felipe Hernandez because of personal reasons.

We believe that not only will Sporting Kansas City win, but there is a high chance that many goals will be scored during the match. 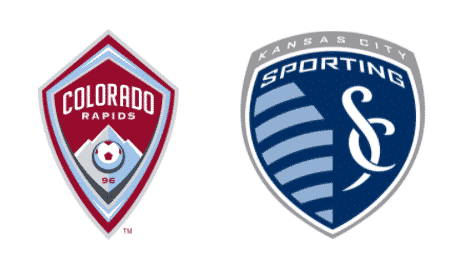