Let's check out the stats and match data for the upcoming Colorado Rapids vs Seattle Sounders match this week. Below, you can see our final preview and verdict for the game.

These are the top predictions and free betting tips for the upcoming Colorado Rapids vs Seattle Sounders match. If you want to find more free picks and MLS odds, check out our website.

These odds are correct at the time of writing but also subject to change. Make sure to double-check them before confirming. Our recommended bookmaker for this match is BetMGM.

Both of the times that Colorado Rapids and Seattle Sounders faced each other this year, the matches ended with both teams scoring goals. Also, four of the last five fixtures for the Sounders and two of the last three matches for Colorado Rapids ended with a BTTS outcome. These facts lead us to believe that Thursday's game will end with both teams scoring.

There have been both low-scoring and high-scoring matches in Colorado Rapids and Seattle Sounders’ matches this season. The last five-fixture for the Sounders all ended with over 2.5 total goals. Also, four of the last five matches for Colorado Rapids ended the same way. That's why it's highly likely that the fixture on Thursday will be high-scoring.

These are the most recent head-to-head stats and data for the Colorado Rapids vs Seattle Sounders match this week.

The Rapids were doing quite well until recently but managed to ruin their streak and now they have only two wins out of the last five fixtures. They don't have any injured or suspended players, which is good for them, but that's about the only advantage we could think of. Seattle Sounders have a total of five players who are either out with injuries or illnesses. Jordy Delem, Nicolas Lodeiro, and Jordan Morris are all out with knee injuries, but the others are out because of other reasons. 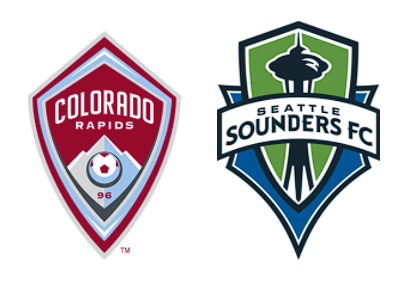