Let's go over the Colorado Rapids vs Minnesota Utd fixture, which will be played on the 8th of July, and if you are interested in more MLS betting picks, you can head over to our website.

We tasked our betting experts with reviewing the Colorado Rapids vs Minnesota Utd fixture and they came up with the following free betting tips for you. All the lines you see below are from BetMGM.

Remember to double-check the betting lines before you place any of the bets above because all lines are subject to change and that can happen after we posted this article.

Time for some statistics and compared odds

Check out some other betting opportunities in the table below.

Minnesota Utd will be facing Colorado Rapids at full force on Thursday because there are no suspended or injured players on their roster. If they keep up their current form, they have a chance at taking the three points from this match and advancing past Colorado Rapids in the Western Conference table.

Colorado Rapids have two injured midfielders that won't be able to make Thursday's game against Minnesota Utd because of injuries. Steven Beitashour has been out for the whole season because of a muscle injury and Younes Namli injured his leg in May and is still recovering.

We expect there to be several interesting goals considering that whenever these teams played against each other in the past, there were mostly games with a lot of goals scored. 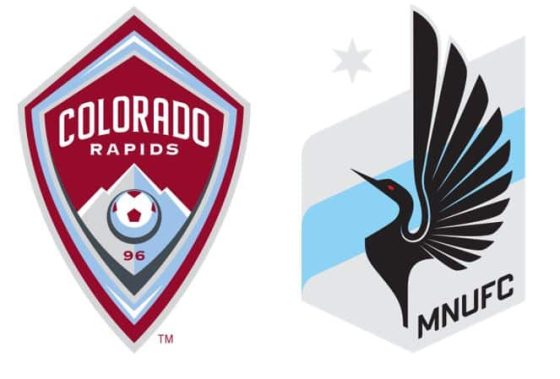