Today, we will go over the MLS fixture between Colorado Rapids and Dallas to see what the top betting picks are.

We tasked our betting experts with finding the top betting picks for the Thursday match between Colorado Rapids and Dallas and this is what they came up with.

Keep in mind that before you finalize your bet slip, you should double-check the betting lines, which by the way came directly from the bookmaker platform BetMGM.

Colorado Rapids haven't lost a home game since the beginning of the MLS season, and they already proved once this year that they can beat Dallas. Their only injured player is midfielder Younes Namli who is still recovering from the leg injury he sustained this season. This only further supports our theory that Colorado Rapids will win on Thursday.

Dallas FC has three total players that won't be able to make it on Thursday's game. Beni Redzic (ankle injury) and Kyle Zobeck (muscle injury) have been injured for quite a while, but Matt Hedges injured his hip this season.

Popular Questions & Answers About the Fixture 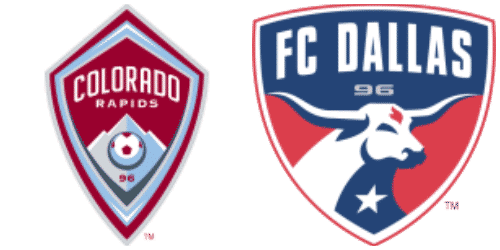