Check out this article for the latest betting picks and predictions for the Colorado Rapids vs Austin fixture, which will be on the 30th of September. If you want to see more MLS odds and picks, check out our website.

We went through the statistics and data for the upcoming Colorado Rapids vs Austin match, and we came up with the following free picks and predictions.

All odds are from BetMGM and are subject to change, so make sure to double-check your bet slip before wagering.

Both teams have had several BTTS games in the last few weeks, specifically, three of the last five matches for both teams ended with both teams scoring goals. Likely, Thursday's match will also end that way.

Picking the winner seems easy enough with Colorado Rapids not losing a match out of the last ten they played. Austin on the other hand lost eight of the last ten fixtures they played, and they are firmly at the last position in the Western Conference. Also, the last time these two faced each other in August, Rapids won the match.

The Rapids haven't had that many goals in their games recently with four of the last five matches they played ending with under 2.5 total goals. Also, both teams played more games with fewer than 2.5 total goals this season than the opposite.

Before you place any bets make sure to also review these latest statistics for the Colorado Rapids vs Austin fixture.

Our Final Prediction for Colorado Rapids vs Austin

Colorado Rapids are quite close to the first position with forty-five points and only one win away from the first place if they are lucky. Also, the Rapids don't have any injured or suspended players on their roster.

Their form isn't the best, but at least they didn't lose any games recently. Their opponent Austin is at the bottom of the table and it doesn't look like they will climb up anytime soon with only twenty-two points, so far. Austin has a total of five injured players who are out with various injuries. This and other factors we took into consideration suggest that they will most likely lose on Thursday. 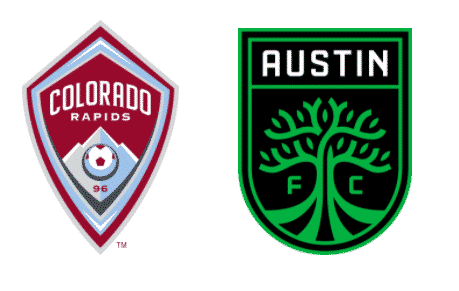