Colorado Rapids and Atlanta United will be playing against each other this weekend on the 6th of March. Check out our website for more MLS predictions and lines.

After we took a look at the match details and statistics, we filtered out the best predictions and picks for this weekend's match. The odds you see in this article are from BetMGM and can change at any time. This means that you should check your bet slip before wagering.

The obvious favorite here is Atlanta United and that's mainly because out of the three head-to-head fixtures they played against Colorado Rapids, they won all of them. Also, the Rapids lost their first match, while Atlanta United won their first game this season.

Let's see what the lineups on Sunday will look like based on the missing players both teams have.

There aren't any injured or suspended players for Colorado Rapids, so they will be facing their opponents at full strength.

Emerson Hyndman is still injured since last spring and as of this month, they will be missing four other players due to various injuries, and we don't know the return date of any of them. These players are Jake Mulraney, Santiago Sosa, Franco Ibarra, and Machop Chol.

Colorado Rapids haven't started the season well and the fact that they haven't even won one match against Atlanta United in the past severely decreases their chance this weekend. Atlanta United is in good form despite their injuries, so far, and we expect them to win. Maybe there will be a clean sheet, as well. 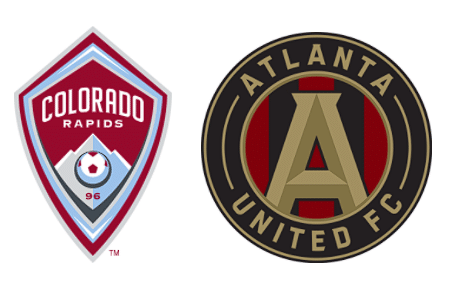 Popular Q&As for Colorado Rapids vs Atlanta United on Sunday