Club America showed two completely different faces this season. How will things turn out in the game against Queretaro? Check out what the experts believe below

A very even game is expected of these two on Wednesday! Following Club America’s most recent performances, we believe it’s now or never for Queretaro to get a very sweet victory over this old nemesis. You can never go wrong with BetMGM. Check the odds above with our recommended bookmaker.

Club America had a great defense at the beginning of the season – the best in the opening part of it. The team has the 2nd worst defense in the league right now. The team allowed a total of 13 goals in 6 games in the 2nd part of the season. The only team doing worse than that is Mazatlan with 15 goals.

There is a big problem for the home team while Queretaro will count on the best 11 men to defend the team colors for this game.

The injury of Pedro Aquino hit Club America hard and you can see that with the poor results that the team had recently. He is Club America’s most expensive player and rightfully so with all he brings to the midfield. Furthermore, we are very sad to see how badly Guillermo Ochoa is performing recently. He conceded a total of 11 goals in the last 4 games and we expect him to concede more against Queretaro as well.

Coach Hernan Cristante will be very happy to have all of his best players fit for this game. Betsiel Hernandez will miss the game due to the red card suspension in the last game against Toluca. Maximiliano Perg was the hero in that game with an early goal that was enough for the 1 point. We think can be of service to Queretaro once more this Wednesday.

Our soccer experts made good research on this game and are providing you these H2H stats and odds for the game:

This is not the same Club America that we saw in the opening part of the season. We refuse to believe that. The team that was unstoppable is now a punching bag in Liga MX and we believe Queretaro will get the 3 points in this game with some resistance from the home side. Our prediction – 2:2 or 1:2 for Queretaro. 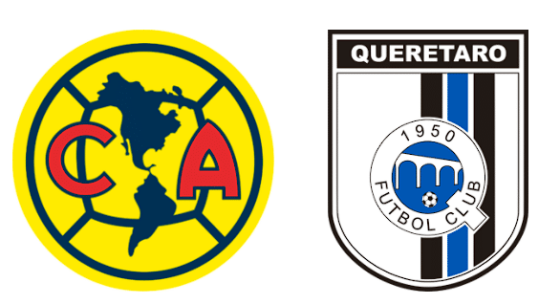 FAQs on the Club America vs Queretaro match: