League leaders Club America will be hosting a game versus Mazatlan as their 8th round Liga MX fixture. This article will provide you with the best free betting tips for this game.

Our team of experts analyzed the matchup and picked out the following bets:

Always check with your bookmaker before placing your final bet. The odds can always change without notice. Our recommended bookmaker for this match is BetMGM.

It’s hard to go against the dominating club in the competition, and Mazatlan certainly doesn’t look like the most capable of taking Goliath down. The guests have had a decent start to the season but were unable to achieve much when playing an opponent of America’s caliber. The hosts also boast a spectacular individual match history, going unbeaten in its last 10 games, winning 8 of them. Head-to-head stats aren’t really of use, because of Mazatlan’s recent establishment.

Due to its magnificent defense, Club America has conceded only a handful of goals in its last games – just 3 out of 10 matches. This means that 70% of their games have resulted in a BTTS – No outcome because America keeps a clean sheet. On the other hand, they’ve failed to score only once. So it’s all up to Mazatlan’s chances of scoring to decide this wager.

Once again, due to its spectacular defending, it is quite a rare occasion to see a Club America game with over 2.5 goals. The only two times that the game went over 2 goals, was because the hosts allowed the opposition to score. As we expect Mazatlan to be left empty-handed, we go on to back the Under 2.5 goals bet.

Club America vs Mazatlan: The latest stats and selection of the best odds

Before you place any bets on this match make sure to check out the available stats about this Liga MX match-up:

The most successful Mexican club once again displays why it has triumphed the most times in the Liga MX. A great start to the season keeps the squad at the first league place, and the team is still unbeaten. Just 3 conceded goals in 7 games are also an accomplishment.

Mazatlan has had an entertaining campaign so far, starting with back-to-back victories, but has failed to triumph ever since. We still must give them the fact that they’ve faced some of the toughest opponents and still put up a decent fight. Would it be enough to take down America though? Let’s find out on Saturday. 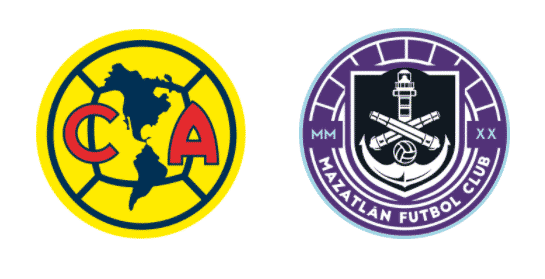