In this article, you can check out the top Cincinnati vs Orlando City predictions, odds, and betting lines. Stay tuned to see them and more vital information about the event.

For Sunday, w prepared the top three betting picks and predictions for the upcoming Cincinnati vs Orlando City match.

These odds are from BetMGM and are subject to change. If you want to find more MLS betting picks, make sure to check out our latest content.

Orlando City is currently twenty-two points ahead of Cincinnati who are at last place in the Eastern Conference table. Cincinnati has been with the worst form out of all the teams in this Conference with nine losses out of the last ten games they played. Orlando City wasn't in the best form recently, but they are starting to turn around. Orlando City also has three wins against Cincinnati in the last five head-to-head matches.

Both Orlando City and Cincinnati have been playing high-scoring games recently, so it's safe to say that the match on Sunday will end with over 2.5 total goals. For Cincinnati, four of the last five matches played ended with more than 2.5 total goals. For Orlando City, seven of the last ten matches played ended with the same outcome.

Below, you can check out the latest match histories and recent forms for both Cincinnati and Orlando City.

Our Final Opinion of the Fixture and Recent Injuries

While there aren't many injured players on both sides, the squads will still not be full for Sunday's match. For Cincinnati, forward Joseph-Claude Gyau and defender Maikel van der Werff have been out with their various injuries for more than ten fixtures. For Orlando City, there are also two long-term injuries – Pato and Rosell. Defender Oriol Rosell has been gone since September with an abdominal strain, and Pato is out with a knee injury since last season. 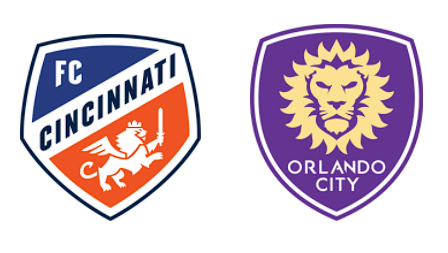