Let's find the top predictions and free betting picks for the upcoming Cincinnati vs Atlanta Utd fixture this weekend. If you are interested in seeing more MLS predictions, don't hesitate to check out our website.

We went through the data and found the top free predictions and betting picks for the Sunday event below.

The odds you see in the article are all from BetMGM and are subject to change, so make sure to double-check them before continuing.

These tables contain the latest bookmaker odds and match statistics for the upcoming Cincinnati vs Atlanta Utd match.

Compared to other teams, Atlanta Utd and Cincinnati don't have that many injured players. Cincinnati's injury list consists of defender Gustavo Vallecilla who is out with a muscle injury and Maikel van der Werff who hasn't played since the start of the season because of his hernia.

For Atlanta Utd, there are also two injured players – midfielders Santiago Sosa and Emerson Hyndman. One has been out for many games, while Sosa has only missed three fixtures, so far because of his injury. In the end, we think that Atlanta Utd will win the match tomorrow and finish the season with more than fifty points. 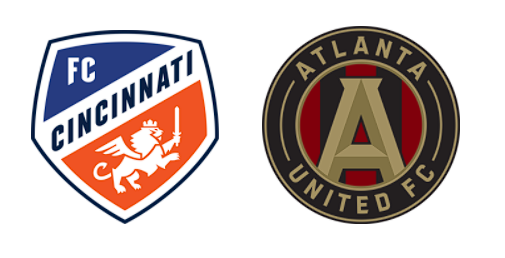 Frequently Asked Questions Regarding the Match This Weekend