Chicago Fire's next opponent will be Toronto and they will be playing on the 25th of July. There are additional MLS odds on our site if you are interested in checking us out.

The list below contains our top three choices for Chicago Fire vs Toronto betting picks and the odds we used are from the bookmaker platform BetMGM.

Please make sure to double-check all betting lines because they might have been updated by the time you read this article.

Chicago Fire didn't start the season in the best form, but in the most recent five fixtures they played, they lost only one. Their opponents Toronto won only one game in the last ten they played. In the last three head-to-head matches between the team, Chicago Fire is the only team to win a match, the two other fixtures ended in draws.

In the tables below, you can see the latest Chicago Fire and Toronto statistics, scores, and head-to-head form.

Toronto has two injured players who won't be able to make it to Sunday's match. Goalkeeper Quentin Westberg suffered a head injury and forward Ifunanyachi Achara is still out since last season because of his knee injury.

Chicago Fire will miss three players on Sunday and two of them due to injuries. Forward Carlos Teran is suffering from a shin injury and goalkeeper Kenneth Kronholm is still out because of last season's knee injury. Defender Francisco Calvo can't make it because he was selected to play with his national team (Costa Rica). 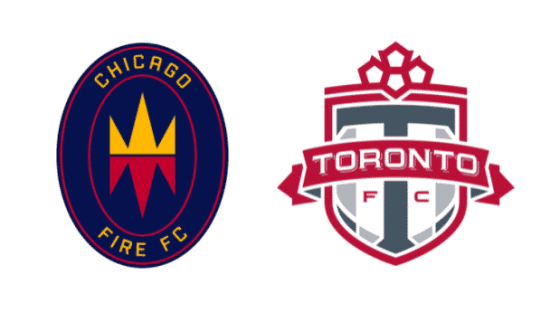