Check out the top betting picks, most recent betting lines, and more interesting facts about the Chicago Fire vs Seattle Sounders match. If you want to see more MLS betting picks, check out our site.

Betting Picks and Predictions for Chicago Fire vs Seattle Sounders

After a thorough review from our team of betting experts, the top three picks for the Chicago Fire vs Seattle Sounders fixture are here and the betting lines you will see are from the bookmaker BetMGM. Please remember to check out the betting lines before you place any of these bets because they are subject to change and might be different by the time you see this.

In this section, you can check out each of the teams’ recent suspensions and injuries before their upcoming game.

Wyatt Omsberg is the only injured player for Seattle Sounders and he has been out since mid-June because of an unknown injury. They don't have any suspended players right now.

Seattle Sounders have a total of two injured players at the moment and no suspended ones. Joao Paulo and Obed Vargas are both injured and won't make it.

Head-to-Head Statistics for the Sunday Match

These are the head-to-head statistics between Chicago Fire and Seattle Sounders plus some other relevant data, like match histories. 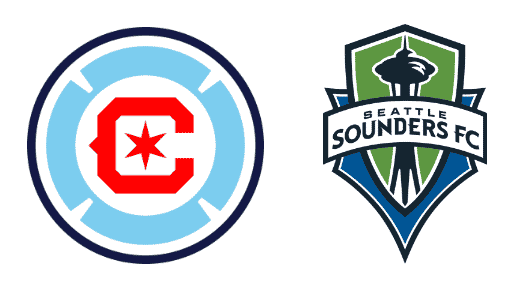