If you were wondering which are the best Chicago Fire vs Real Salt Lake odds and betting lines, then you came to the right place to find out. For other MLS betting picks, you are welcome to visit our website's latest content.

We went through the information for the match and discovered the top three free betting picks and predictions for Sunday.

These odds are all from BetMGM and are subject to change, so make sure to double-check your bet slip before wagering.

In these tables, you can check out the most recent team form and statistics for the Chicago Fire vs Real Salt Lake match on Sunday.

Fixture Preview and Team Injury Reports for the Sunday Match

Both teams are either in the mid or lower table region in their respective conferences. Their match history is colorful, especially the recent matches, but we believe that Sunday will be a win for Chicago Fire because they will have the home-field advantage and they performed better at home compared to Real Salt Lake away from home.

Both teams have injured players on their rosters, but there are no suspensions. Chicago Fire's Francisco Calvo, Kenneth Kronholm, and Carlos Teran are sidelined because of various injuries sustained at different times. For Real Salt Lake, the injured are Zackery Farnsworth and Marcelo Silva. 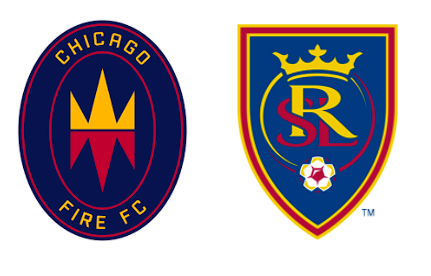