Let's check out the Chicago Fire vs New York City fixture, which will be on September 30th this week. If you want to see more MLS odds and predictions, you are welcome to visit our website's latest articles.

We tasked our betting experts with finding the best predictions and free picks for the Chicago Fire vs New York City match on Thursday, and this is what they came up with:

All odds used here are from BetMGM and correct at the time of writing. Before placing these bets, check your bet slip.

Below, you can prepare further by looking at the latest match histories and team forms for both teams before their fixture on Thursday.

New York City is less than ten points away from a second position in the Eastern Conference table. If they improve their recent form, they could go toe to toe with Nashville for second place. Another plus for them is the fact that they don't have any injured or suspended players on the squad, which means they will be at 100% on Thursday.

Unlike New York City, Chicago Fire is near the bottom of the table and they did try to climb it at the beginning of this month, but the recent four-game losing streak sent them back. They will be lucky if they even come close to qualifying for the playoffs this season. 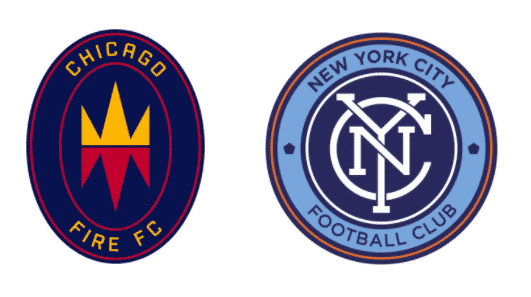 Chicago Fire vs New York City: Q&As Regarding the Match