On Saturday, Chicago Fire will be facing Dallas for the third time this season, and we will see if Dallas will finally score a win against Chicago Fire.

Top Free Picks for Chicago Fire vs Dallas on Saturday

We listed our top free picks for the event below, and if you are interested in seeing more MLS predictions and odds, you are welcome to visit our latest articles. We got the betting lines from BetMGM's platform and they could change at any time, so check out their site or your bet slip before placing any of these wagers.

Lineups and Injuries for Chicago Fire vs Dallas

Here, you can check out the latest injuries and suspensions for both squads.

During late February and early March, Chicago Fire lost two players due to injuries, and we don’t know when they will be back on the pitch. Those players are Andre Reynolds II and Carlos Teran. There aren't any suspensions right now.

The only injured player from Dallas since the beginning of March is midfielder Dominick Hernandez. There are no suspended players from Dallas at this moment.

Latest Stats and Data for Chicago Fire vs Dallas

These are the top statistics and recent scores for both Chicago Fire and Dallas.

Chicago Fire is the most likely winner in this match-up for more than one reason. They have a positive head-to-head history against Dallas at Soldier Field, so it shouldn't be too hard to repeat that again. We also don’t think that many goals will be scored during this weekend's game same as the club-friendly they played this year. 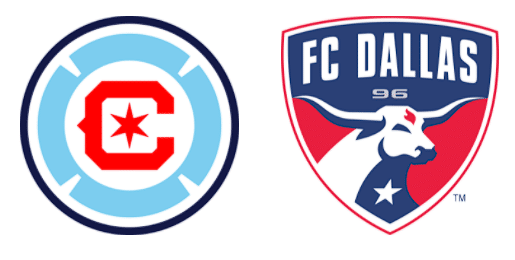