The following article is for the MLS match between Charlotte and Atlanta United and we will recommend the top betting picks and betting lines.

Latest Betting Picks and Lines for Charlotte vs Atlanta United

This is what our betting experts came up with after reviewing the Charlotte vs Atlanta United fixture, which will be on Sunday. Make sure to double-check the BetMGM odds before you place any bets because the sportsbook might decide to change them after you read this.

Almost a month ago Atlanta United hosted a match against Charlotte and the teams met for the first time. This weekend will be the second game they face each other in history and we think that it will end with the same outcome as then – more than 2.5 total goals scored. Four of the last five matches for Atlanta United and half of Charlotte's games this season ended that way, so we think it's quite possible to see a high-scoring outcome.

The only time these two teams faced each other Atlanta United came out as the winner, so we think Sunday's game may end with a win for Atlanta United. Also, they are third in the Eastern Conference table with ten points and only one loss in the last five games they played. On the other hand, Charlotte is four points behind their opponents and they lost three of the last five matches.

Latest Lineups, News, and Injuries for Charlotte vs Atlanta United

Here, you can check out the most recent injuries and suspensions for the upcoming Charlotte vs Atlanta United fixture.

Charlotte only has one injured player at this time – Christopher Hegardt who got injured a month ago. They don't have any other injuries or suspensions at this time.

Atlanta United will have to play without three of their footballers because of various injuries. They are Machop Chol, Emerson Hyndman, and Luiz Araujo. Only Chol and Araujo got injured in late February, while Hyndman is out since sometime last year.

Match Histories and Other Essential Statistics

We posted the latest match histories and other essential statistics for the upcoming match between Charlotte and Atlanta United.

We think the outcome of the match will be pretty obvious and fairly similar to the last time these two teams played together. A win for Atlanta United and more than 2.5 total goals scored are our best guesses at this time. 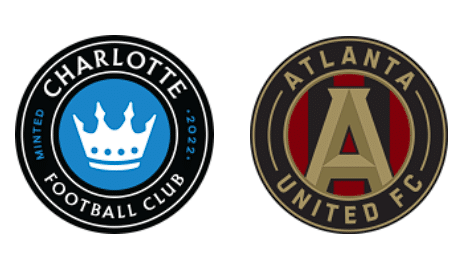 Questions & Answers About the Sunday Match