This one will be a real clash between two equals and will provide a few amazing picks for the soccer fans!

An interesting clash for sure, but one that we analyzed well enough to support you with the best bets and odds. For more expert CONCACAF Champions League picks, please visit our dedicated page. The mentioned odds were current when the article was being written. Our recommended bookmaker for the game is BetMGM.

Coach Bruce Arena has no right to be happy with anything less than a massive victory against Cavaly. The Haitian team is hardly in the same boat as New England. In the last 5 games, New England managed to secure 1 victory, 2 draws, and 2 losses. The last game was a heavy 4:0 loss against LA Galaxy and the team will see the game against Cavaly as a way to bounce back on the right track.

Cavaly doesn’t have the class to win against New England but this doesn’t mean that the home team can’t score a goal. New England hasn’t had a clean sheet in a while in the MLS. The last clean sheet came on the 28th of October in the game against Colorado Rapids that was one with the narrow 1:0. In the other 9 of the last 10 games, New England has always allowed at least 1 goal.

Information on the lineups for the Cavaly vs New England game

There are some minor issues for the clubs before this game. But they are nothing that the two coaches can’t handle. Let's see what is going on with the lineups.

There are no injuries or suspensions for the home side. It’s hard to single out anyone to have a good game against New England. We believe the main goalkeeper Jean Julien Jospy will not enjoy the time on the field against New England as the away team will score a lot of goals against him.

There are no injury or suspension issues for the coach ahead of the game. We believe either Adam Buksa or Gustavo Bou will have a great attacking game against Cavaly depending on who the coach decides to start.

Find the best odds for the Cavaly vs New England game

Those are the key head-to-head statistics and odds for the Cavaly vs New England game:

New England’s value according to many popular soccer websites is around €40m while Cavaly is no more than 100k. It is very hard to make any case for the home side and it is more than normal to consider the away team as favorites to win the game. Our soccer experts predict a 1:4 or 1:5 away victory. 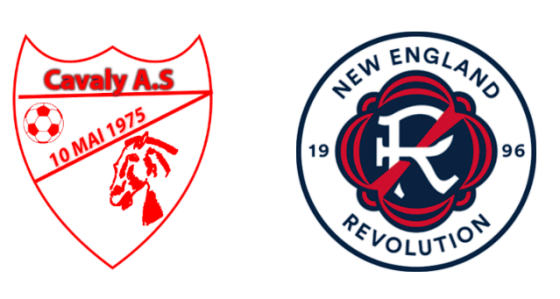