Let's go through the Cavalry vs York United betting picks and lines for their upcoming fixture on Saturday, but if you want to check out other CPL betting lines, head over to our site.

The Best Cavalry vs York United Betting Picks for Saturday

Our betting experts went through the Cavalry vs York United match and these top three betting tips were what they came up with. All betting lines are subject to change, so make sure you check them out before finalizing your bet slip. All the odds in this article come from BetMGM.

Cavalry vs York United: Information Regarding the Injuries and Lineups

Here, you can read more about the upcoming lineups and player injuries on both teams before the game this week.

Cavalry's Fraser Aird is the only injured player on the team with a cruciate ligament injury. There aren't any suspended players on the squad but three are at risk of suspension with four yellow cards – José Escalante, Daan Klomp, and Karifa Yao.

Austin Ricci and Martin Graiciar are out with various injuries, but the team doesn't have any suspended players. Jordan Wilson and Mateo Hernández will have to be careful because they are at risk of suspension with four yellow cards.

Essential Cavalry vs York United Statistics for the Match

The tables below feature info about the Cavalry vs York United recent matches and statistics, you should know.

We believe that the upcoming game between Cavalry and York United will end in favor of the home team and we will see more than 2.5 total goals scored. With this win, Cavalry is going to cement themselves in first place for at least another week. 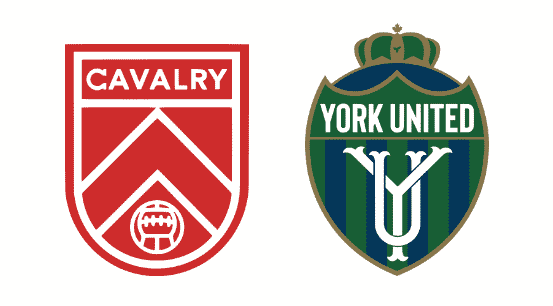