Let's go over the Cavalry vs Vancouver Whitecaps fixture this week to see what our betting experts thought of the fixture. If you want to see more Canadian Championship betting picks, you can check out our latest articles.

Our betting experts took a look at the upcoming fixture and recommended the following predictions and free betting picks. These odds are from BetMGM and are subject to change. Before continuing make sure to double-check them via your bet slip.

We think that Cavalry has a better chance to win this match on Thursday. That's because out of the two times Vancouver Whitecaps and Cavalry played together, Cavalry won one of the games, while the Whitecaps haven't won even one. Also, right now, Cavalry is in better form with four wins in the last five matches, while Vancouver Whitecaps lost or drew two of the last three games they played.

Here, you can check out the most recent team lineup changes for the upcoming Thursday match.

Cavalry doesn't have any suspended players but they do have one injured midfielder – Fraser Aird who is out with a cruciate ligament injury since this month.

Vancouver Whitecaps has a total of two injured players – T. Blackmon (knee injury) and T. Hasal (hand injury). Besides them, R. Gauld, P. Vite, I. Boehmer, and J. Nerwinski are most likely going to miss the match because of an illness.

Below, you can see all the recent match statistics and odds for the Cavalry vs Vancouver Whitecaps fixture.

The final outcome for Thursday's match will most likely be a win for Cavalry because they have done it before, while Vancouver Whitecaps haven't beaten Cavalry before. Also, we think that based on the games they played before, the match will end with more than 2.5 total goals scored. 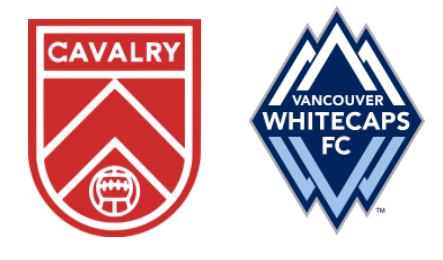 Popular Questions and Answers About Cavalry vs Vancouver Whitecaps