Cavalry will go up against Edmonton on the 27th of June, and here, you can read about the most recent betting lines and betting picks for the event. If you want to see more CPL odds and free betting tips, you can head over to our website.

Here is our take on the upcoming CPL match between Cavalry and Edmonton. All odds are subject to change and we used them from the BetMGM bookmaker platform, so check them out there.

We believe that the upcoming match between Cavalry and Edmonton will most likely end with over 2.5 total goals scored. We saw the same outcome in three of the last five matches each team played. Also, three of the last four head-to-head games between the teams ended that way.

Cavalry is not only in a better recent form than Edmonton, but they also hold the head-to-head advantage against them because they have never lost against Edmonton in a game. Cavalry is also leading the CPL table right now, while Edmonton is at the bottom. These two teams are polar opposites, and Cavalry is definitely the favorite in the game.

Here, you can check out the latest lineup information about the upcoming Canadian Premier League game.

Cavalry has only one injured player right now – Fraiser Aird who got a cruciate ligament injury and won't be back until next year at minimum. They don't have any suspended players at the moment.

Edmonton doesn't have any injured or suspended players at the moment, so they will be giving it their all in this match.

Below, you can check out the recent statistics and scores for the match between Cavalry and Edmonton.

Cavalry vs Edmonton: Final Conclusion About the Match

Edmonton will have to face the table leader this week and considering they have never won a match against them, it's easy to pick a winner. Especially with the teams’ recent form and the considerable difference in points this season. We also think there will be more than 2.5 total goals scored during the game. 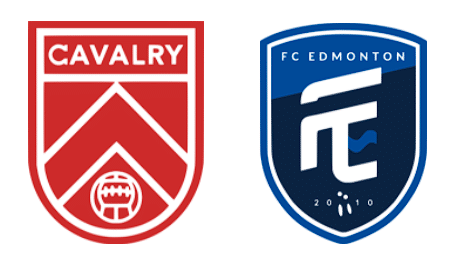 Cavalry vs Edmonton: Essential FAQs Regarding the Match