Let's dive into the Canadian Premier League fixture between Cavalry and Atletico Ottawa and see which goose has a better chance of laying a golden egg.

Our Top Picks for the Cavalry vs Atletico Ottawa Fixture

Check out these free betting tips and see if you like them enough to trust our judgment for the Cavalry vs Atletico Ottawa match. All the betting lines below came from the bookmaker BetMGM.

Makes sure to double-check the lines before you finalize your bet slip because they may change at any time and you need to be prepared.

Cavalry's track record this season is two wins and a draw, which earned them second place with seven points in the Canadian Premier League table (only two points behind the table leader). Atletico Ottawa lost two of their three fixtures and won only one so far, which isn't as promising. This is the second match they will play this year and the last time Cavalry won with a three-goal difference.

The last head-to-head between Atletico Ottawa and Cavalry ended with both teams scoring goals. Cavalry's last three matches ended with having more than 2.5 total goals scored per game at two of the games.

The stats are always important to keep in mind

Latest News and Injury Status for Both Teams

Although Cavalry won't be able to face Atletico Ottawa at full force, we believe that they will have no trouble winning against them, as they did at the beginning of July with four to one score. We also expect many goals, so it would be an interesting game.

Elijah Adekugbe got injured in April and won't be back for at least four more months unless it takes longer to heal completely. Atletico Ottawa doesn't have any injured or suspended players, so they will be facing their opponents at full force. 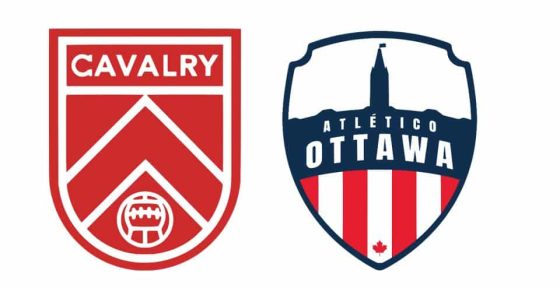