Today, we will check out the top predictions and free betting picks for upcoming Canada vs Costa Rica CONCACAF World Cup Qualifier.

All odds are from BetMGM and are subject to change, so check them out before wagering.

Many of the recent matches between Canada and Costa Rica ended without both teams scoring goals. That includes three of the last four they played against each other. The two teams also had a few games featuring clean sheets out of the six they played for the World Cup qualification.

Canada is our favorite for a couple of reasons, including the fact that they already beat Costa Rica once this year when they visited them in July. Also, they are four points ahead in the CONCACAF World Cup Qualifier table and haven't lost a match, similar to the table leaders Mexico. Costa Rica on the other hand lost or drew four of their latest five qualifiers.

Like all the national teams in the group out of the six qualifiers played, only two ended with over 2.5 total goals, so far. We don't see the Saturday match ending with a high-scoring outcome because four of the last five head-to-head matches between Costa Rica and Canada ended with under 2.5 total goals scored.

In the tables below, you can check out the most recent match stats and histories for Canada vs Costa Rica fixture.

Our Final Prediction and Match News for Canada vs Costa Rica

Canada is the probable winner in this match-up because they are already a part of the top three teams to continue forward to the World Cup, and they haven't lost a match in the qualifiers, so far. They also performed quite well and won against Costa Rica the last time they played, which was in July this year. There are no injured or suspended players on either of the two sides, so we expect them to play at full strength. 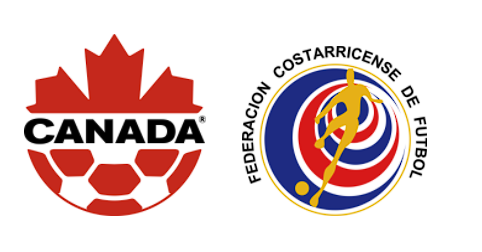