Bob Bradley and LAFC. What a great story that was! Bob Bradley was already a very experienced coach back when Los Angeles FC signed him. Soccer fans would remember him for his work across multiple teams throughout his lengthy career – from his coaching debut with the Ohio Bobcats in the 1981-82 season to establish himself as a big name in coaching with Chicago Fire in 1997 to 2002, and finally having a taste of European soccer with Swansea City before finally joining Los Angeles FC.

The Los Angeles team is a newly established team in the MLS. The club was founded back on the 30th of October 2014 with high ambitions and hopes for becoming one of the major threats in MLS. Club owner Peter Guber has said in the past that he is hoping his team will bring a real rivalry to Los Angeles Galaxy and expressed his hopes that the team will be one of MLS’s most famous soccer projects.

The best thing for a new club would be a coach who has the same high ambitions as the owners of the club. The answer for LAFC was Robert Frank Bradley! He was announced as LAFC’s new and first head coach back on July 27, 2017, and it didn’t take long before he started doing good things for the club! He and the general director John Thorrington joined forces in the search of high-quality players to meet the ambitions. The results didn’t take long to be visible and Carlos Vella became the club star as a designated player. 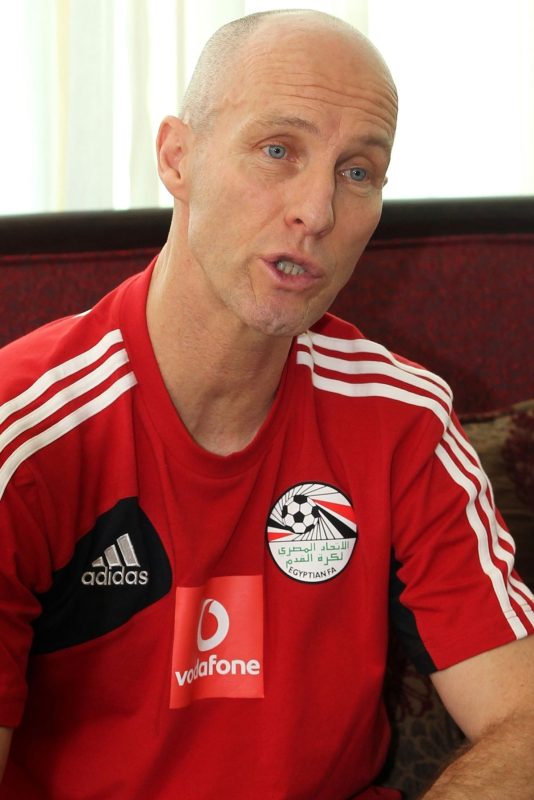 Bob Bradley had the high honor of coaching LAFC’s first MLS game which also started his coaching career with the team with a narrow 1:0 success against the Seattle Sounders on the 4th of March, 2018. Bob Bradley also had the honor to throw the glove at LA Galaxy and a potentially amazing rivalry was born on March 31st, 2018 when LAFC squandered a 3:0 lead and lost 3:4 to LA Galaxy following an amazing performance by Zlatan Ibrahimovic.

With Bob Bradley in charge, LAFC became the first team to earn a total of 12 points in the season-opening road trip of 6 games or even more. Bob Bradley also was a key factor for the team’s success in its first season of soccer in MLS. With Bradley in charge, LAFC earned the best results as an expansion team in MLS history with a total of 57 points in the debut season.

Some other big accomplishments for Bob Bradley with LAFC would be:

It is important to Bob Bradley’s LAFC coach stats! Any coach would be proud of these statistics and we have to show Bob Bradley some respect and admit he was a major reason behind:

Bob Bradley’s LAFC coach stats are something that shows exactly how good a job he did over at the club and the kind of legacy he will leave!

After failing to qualify the team for the playoffs for the first time Bob Bradley and LAFC parted ways on November 18th, 2021 but Bob Bradley managed to achieve big success with the club and his legacy will be something the fans of the club will cherish forever.

Where is Bob Bradley coaching now? This is the question that all of us are having. Well, as much as the LAFC experience was near and dear to his heart he had to move on and were better than the real challenge that Toronto FC is! Bob Bradley and the Toronto FC board announced the deal on November 18th and president Bill Manning said in an interview: “We are all excited for Bob to get to work”

The Toronto FC boss said that the team is entering an extremely important offseason and the hopes for Bob’s experience to make the difference in the attempt for the team to show a new face! Bradley himself said in that interview that he is extremely grateful to the board for trusting him with such an interesting project and that he is impressed by the conditions that he will be able to coach his players as well as the passion that the Toronto fans greeted him. Bob Bradley is set to make his coaching debut at Toronto FC on the 27th of February against FC Dallas and we will see if he will be able to bring the same positivity as he did in the LAFC camp.