The essence of any good football team would be a strong midfield, as it is the link between offense and defense. Since the inception of Major League Soccer in 1996, one of the constant trends has been the impact of midfield players upon league position and cup success. If a team has a higher proportion of the best MLS midfielders, they tend to do well.

The 2021 campaign began with focus on many top midfielders like Diego Valeri, Nicolas Lodeiro, Alejandro Pozuelo, Diego Chara, and Darlington Nagbe. This season has been well under way and it has once again shown the importance of midfield on the league positions. Among the various names, the midfield of New England Revolution has been very strong in the early part of the 2021 campaign. Spearheaded by the influential Carles Gil, New England Revolution have been early favourites for the MLS Cup.

New England Revolution have seen a sea change in the midfield fortunes come back to last season. Carles Gil missed much of last season with an injury while Luis Caicedo had undergone surgery to miss most of the season.

Matt Polster might have been overlooked as a replacement for Caicedo but he has done a great job in the middle of the park by predicting the back four. His presence has allowed Bruce Arena to provide players like Carles Gil with the freedom, which has allowed them to produce great results. Gil has been the best player in the league by a huge margin. The 28-year-old has been able to manage 7+ assists in 10 matches while also scoring a goal. He has been making 5.5+ key passes in a match.

Buchanan has been able to form a great partnership with Gil and some of his best performances this season have been one playing on the right side – even if Bruce Arena has used him as a left-sided midfielder as well. McNamara might have largely made an impact as a substitute this season, but he has shown plenty of flexibility to keep the best midfield in soccer hunting down the opposition as a pack.

The dream team midfield line-up for the 2021 promises to be quite exicting with a number of players performing very standards.

Seattle Sounders have had a lot of success this year but the performances from the team have gone up a notch in 2021. A lot has to do with the outstanding midfield performances from Joao Paulo, who has come up with a complete performance in the last few weeks. Joao Paulo might not be among the goals and assists. He has not been making the headlines due to this reason, but he has been a vital cog in Seattle’s setup with his ability to break up play. The Brazilian has been leading the race to be in the best MLS midfield with 11 successful pressures along with five tackles. He has also been rarely giving away the ball making it very hard for the opposition to get back into the game.

Damir Kreilach has been one of the best MLS midfield players in 2021. He has come up with 5+ goals and 3+ assists even in this early part of the campaign. Real Salt Lake may not have been able to translate his wonderful performances into actual points with the team only managing 12 from the opening eight matches, but the impact from the Croatian has been exceptional.

Nani has been infectious with his attitude in training and on the pitch. The former Manchester United player has also emerged as the early front-runners to finish as the top scorer for the Orlando with five goals in seven games. He has also managed two assists during this run. Many of the Orlando City players have been in glowing praise of Nani for the attitude. His work rate has also been exceptional as he has managed more than one tackle per game. 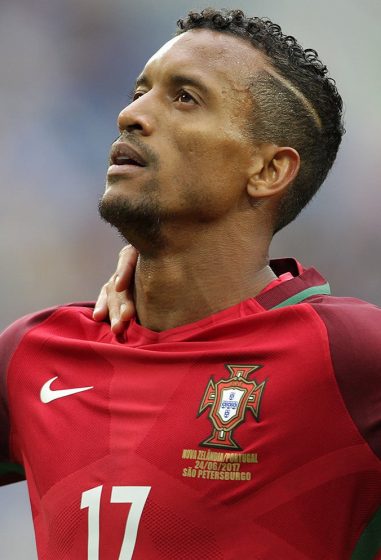