The United States has never been a world leader when it comes to soccer, which has more appeal in the football nations of South America or Europe. However, this status has been slowly changing in recent years and football has come into prominence over the last few decades even in the United States. Since the 1990 World Cup, the US national team has been able to feature in every final while even going on to host the 1994 competition. This would have not been possible without the help of some iconic players. Some of the best American soccer players would be: 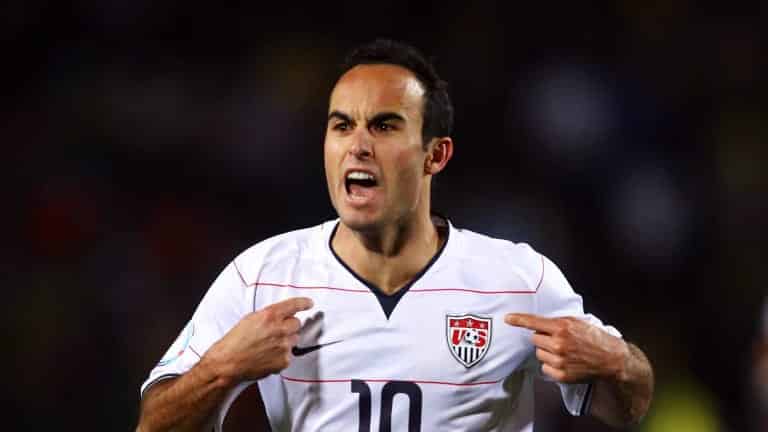 Landon Donovan is undoubtedly one of the biggest faces of the men’s national team. He has represented the national team and Major League Soccer for more than a decade. A celebrity player, Donovan has managed to appear in three World Cups while going on to feature in more than 150 matches for the national team. He is also the record goalscorer with 57 goals for years. Apart from his celebrated achievements with the national team, Donovan has also acted as one of the best American soccer players for the MLS by appearing in more than 300 games – San Jose Earthquakes and LA Galaxy. Donovan has also managed some stints outside the country, as he has featured for European teams like Bayern Munich, Bayer Leverkusen, and Everton.

Clint Dempsey managed to equal Landon Donovan’s goalscoring record for the US national team. Yet, he was able to achieve this feat of 57 goals in just 141 games compared to the 157 games required by Donovan. Just like Donovan, Dempsey was able to appear in three editions of the World Cup and he helped the national team pick up two Gold Cup wins. Dempsey is one of the few best American soccer players to have spent most of his career in European football, as he represented London outfits Fulham and Tottenham from 2007 to 2013. Dempsey has also featured for New England Revolution and Seattle Sounders – almost 200 MLS appearances.

Michael Bradley is the top midfielder on this list and he has demonstrated his worth to the national team on numerous occasions. Bradley was part of the US team that won the Gold Cup twice and finished as a runner up twice. The midfielder’s presence in the MLS has been largely through Toronto FC. Bradley has helped Toronto win numerous honours including the MLS Cup and Supporters’ Shield. He has also played for European teams like Borussia Mönchengladbach and Roma.

Altidore is one of the promising exports for the US in European football. The striker has managed to feature for Villarreal, AZ Alkmaar, and Sunderland. His long stint in Europe is sandwiched between a spell for New York Red Bulls and his current team Toronto. His physicality and power were huge draws in the world of football even when he was only 16. Even though Altidore did not meet the expectations of being one of the best American soccer players, he has done well throughout his career by winning trophies like the MLS Cup and CONCACAF Gold Cup.

Howard is the first goalkeeper to feature on the list. He gained worldwide attention after making the switch to Manchester United in 2003. However, he was able to fulfil the expectations only after moving to Everton in 2006. Howard spent a decade at Goodison Park and he became one of the club legends. Today, the goalkeeper is the most capped for the national team with 113 appearances.

Unlike some of the players in this list, Jones spent most of his career in the MLS by featuring for LA Galaxy. He has been relatively successful after managing US Open Cup wins along with Supporters’ Shields. The attacking midfielder’s contribution to LA Galaxy is so immense that the club decided to retire the jersey worn by Jones, who remains as one of the best American soccer players.

A longtime leader of the national team, Reyna played in the USA colors for more than a decade from 1994 to 2006. He is regarded as one of the talented midfielders produced by the American youth system. Reyna was never a prolific goalscorer, as his primary strengths were with regard to ball distribution and controlling the tempo of the game. Reyna featured in three World Cups and also presented top teams like Bayer Leverkusen, Manchester City, and Rangers.

Keller is another goalkeeper to feature in this list. During his playing days, he was a frequent name in the Premier League, La Liga, and Bundesliga. His career came to an end while playing for Seattle Sounders in the MLS. The hugely talented goalkeeper was able to win multiple US Open Cups with Seattle Sounders while also being named as the Goalkeeper of the Year for the 2011 MLS season.

Wynalda is often regarded as a pioneer in the world of American soccer, as he was able to make a major influence on the game even before the MLS began. He was a striker who was able to run at any top defender and come up with goals. It is not a surprise that he won the Golden Boot award, MLS Goal of the Year, and U.S. Soccer Athlete of the Year titles in 1996.

Brian McBride is on the list of the top goalkeepers for the national team. Just like many others on this list, he has also featured in three World Cups and he was voted as the MVP for the 2002 World Cup which was won by the United States. McBride had an impressive club career and he represented the likes of Fulham in the Premier League. He also featured for Chicago Fire and Columbus Crew in the MLS.