The journey of the Gold Cup gets underway for Bermuda and Barbados as the lock horns in the first preliminary qualifier. Who will come out on top? Find out with our Bermuda vs Barbados match preview with free tips, predictions and odds mentioned along the way.

Making a prediction for a winner of the Bermuda vs Barbados game wasn't easy; we are backing Barbados though. Here is why. Neither side has been in great form of late with their last five boasting just one win. Barbados have looked more competitive than Bermuda though and their longer-term form is better; they have four wins and two draws from 10 compared to Bermuda's two wins and two draws. That combined with the fact Barbados are unbeaten in two head to head games makes us confident of this bet having value.

If we were solely looking at Bermuda we might have steered clear of the BTTS – Yes prediction; they've seen half of their last 10 end with both teams on the scoresheet. For Barbados though, three of their last five have ended that way including their last two games. When you throw in that four of the last five meetings between the pair have seen goals for both sides it looks like a good shout.

Barbados to be leading at HT and FT

We've already mentioned the fact that Barbados are our tip to win the match. The reason we think it might be a lead at both half time and full time is largely owing to the Bermuda defence. In their last six matches, they've conceded first-half goals in five of them. If Barbados get their noses in front early on then it's highly plausible they see it through to the end. After all, their last four wins have all come to nil; they don't tend to concede many goals against opposition around their level.

Bermuda vs Barbados: The best odds are…

Bermuda's defence to cost them again

The underlying theme of Bermuda's less than perfect form is a fragile defence; they've conceded four or more goals in four of their last six defeats. That puts a lot of pressure on the likes of Kane Crichlow to take any chances that fall their way at the top end of the pitch. For Barbados, their form has been indifferent but decent enough given they're not really a nation that can expect to go on 10 game-winning runs. They will fancy their chance of going four unbeaten with a win from this match though; Emile Saimovici and Hallam Hope will be responsible for making sure they create the chances needed to win the match. 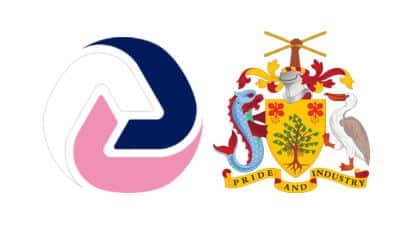