In this match, we will focus on the Austin vs Vancouver Whitecaps fixture, which will be on the 19th of August. If you want to find additional MLS betting picks and odds, you can check out our website's latest content.

The list below contains our top picks for the Austin vs Vancouver Whitecaps fixture on Thursday. We chose BetMGM's odds for this match because they are the best.

Remember that before you place any wagers, you have to check the betting lines on the bookmaker platform because they could have changed after we posted this.

Vancouver Whitecaps’ last fixture ended without any goals scored. Seven of the last ten matches for Austin ended with clean sheets (mostly for the enemy team). It's highly unlikely that both teams score goals during the match.

In the tables below, you can check out the most recent statistics for the head-to-head match between them on Thursday. We also included the most recent bookmaker odds from popular bookies around the world.

Vancouver Whitecaps ended most of their recent games in draws, and they have the advantage when it comes to injured players with only two – defender Cristian Gutierrez and forward Lucas Cavallini who have been missing on the pitch for a couple of games.

Austin has a total of four injured players on their squad – Ben Sweat, Danny Hoesen, Aaron Schoenfeld, and Ulises Segura. All of them haven't played in at least ten fixtures. Only defender Julio Cascante will miss the game because of a red card suspension instead of an injury. 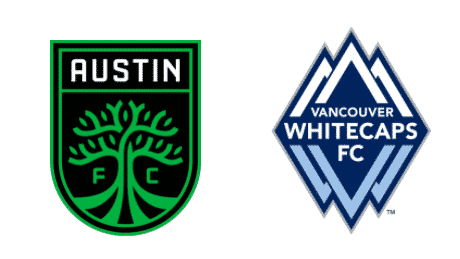