Today's match predictions and betting tips we will suggest you look at are for the upcoming fixture between Austin and SJ Earthquakes.

Here are the latest betting lines and predictions for the Austin vs SJ Earthquakes match this weekend. If you want to see more MLS odds and free picks, make sure to see our latest articles.

The odds we used here are from BetMGM our recommended bookmaker for this match. Keep in mind that all prices could change at any time after you read this.

For both Austin and SJ Earthquakes four of the last five matches they played ended with both teams scoring goals. Considering they both tend to end most of their recent games that way, we will assume that Sunday's match will also end with both of them scoring goals.

SJ Earthquakes won or drew eight of the last ten matches they played in the MLS. Also, the only head-to-head they had against Minnesota Utd ended with a draw. Although Austin hasn't had a draw in the last ten fixtures, they lost seven of them, which is even worse.

The only time these two clubs played together no goals were scored at all, so we don't believe that Sunday's match will result in more than 2.5 total goals. Three of the last five matches for SJ Earthquakes also ended with under 2.5 total goals scored.

These are the latest head-to-head statistics and data for the Austin vs SJ Earthquakes match this weekend.

Austin is at the bottom of the Western Conference table with only nineteen points, which is eight points behind SJ Earthquakes. They will need to improve a lot if they plan on climbing the table and not finishing last before the end of the season arrives. They also have a total of five injured players that won't play on Sunday.

SJ Earthquakes has seen better days, but they have the chance to climb up if they improve their form in the next weeks. They have only one injured player that won't be able to make it on Sunday and that is Matt Bersano. He is suffering from a knee injury he sustained back in June. 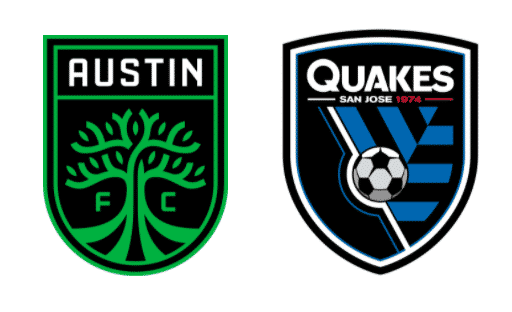