Let's go through the data and statistics for the MLS fixture Austin vs San Jose Earthquakes. If you are interested in more MLS betting picks, you can check out our website.

Our Betting Picks for Austin vs San Jose Earthquakes

These are our top suggestions for the Austin vs San Jose Earthquakes betting picks. We can assure you that we considered all angles and statistics. Our source for all the betting lines is BetMGM.

We recommend that you double-check all the lines on your bet slip because they are all subject to change and could be different by now.

Austin has had a 50% win/draw rate this MLS season (out of eight games) and they managed to draw against the two current teams on the top – Seattle Sounders and Sporting Kansas City. Although they are currently on the bottom of the MLS Western Conference table, we believe that they have a chance because the Earthquakes lost the last four matches they played.

San Jose Earthquakes have had five matches out of the last eight they played in the MLS this season where the total number of goals scored was more than 2.5 per game. Austin FC's last and only three home games played ended with a minimum of four goals, so we can expect a lot of scoring.

Latest News and Preview for Austin vs San Jose Earthquakes

The San Jose Earthquakes only have one injured player – Jacob Akanyirige who is out with a hip injury, but he has been out for the entire season, so far, so it shouldn't be concerning. The Earthquakes lost five out of the last six games they traveled to, so we aren't putting our eggs in this basket.

Austin FC will have to make do without two forwards and three other players. That will make their match tougher against San Jose Earthquakes, but we believe that they are still the better pick considering the recent form and the fact that they haven't lost a home game this year, so far. 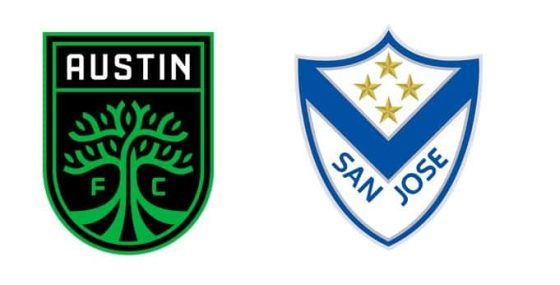