In this article, you can check out the best betting lines and odds for the upcoming Austin vs Houston Dynamo match this weekend. If you want to see more MLS betting picks, head over to our website's top articles.

These are the latest betting picks and predictions for the Austin vs Houston Dynamo match on Sunday.

All odds are from BetMGM and are subject to change. Check your bet slip before confirming any bets.

Last month when Houston Dynamo won against Austin, they did it with a clean sheet. That also is almost enough for us to admit that the match this weekend will most likely end the same way. But we also have some other evidence. Four of the last five matches for Austin and three of the last five games for Houston Dynamo also ended without both teams scoring.

Both teams are ranked low in the Western Conference table, but Houston Dynamo is fifteen points ahead of Austin and they will most likely win on Sunday. Another advantage for Houston Dynamo is that they won two of the three matches they played against Austin this year, which were also the only matches played between them ever.

All of the times that Houston Dynamo faced Austin were played this year and we saw one thing in common – the matches ended with over 2.5 total goals scored. Also, three of the last five matches that Austin and Houston Dynamo played in the MLS ended with more than 2.5 total goals, as well. Both of the teams’ average this season is more than 2.5 goals per match, and we expect Sunday's match to also end that way.

In the tables below, you can check out the most recent head-to-head stats and data for Austin vs Houston Dynamo.

Austin's season is the worst out of all the teams in the Western Conference, but they are still trying, which is honorable. They have a total of five injured players for Sunday's match, including Segura, Sweat, and the newest addition to the injury list Matt Besler who has been out since the start of September.

For Houston Dynamo, there is only one injured player, for now. Nico Lemoine is a long-term injury who has been out since June this year. 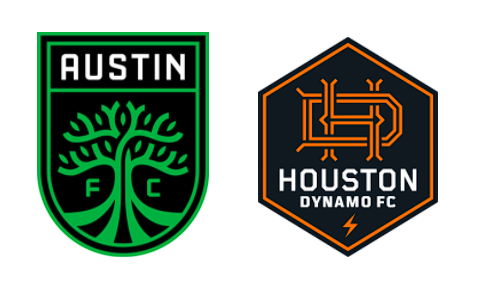