These are the top Austin vs Dallas top free picks and predictions for their match on Monday. If you want to see more MLS odds and picks, visit our latest content.

After going over the upcoming MLS fixture, we decided on the top betting picks and predictions on Monday. We have listed the best free picks for the Austin vs Dallas fixture below:

Odds from BetMGM are subject to change. Remember to always check them out on the bookmaker platform or your bet slip before confirming.

60% of Dallas’ last ten fixtures ended with clean sheets. The last time these two clubs played against each other, the match ended without both teams scoring goals, as well.

Austin lost seven of the last ten games they played, while Dallas lost only two of the last seven fixtures they played. The only two head-to-head matches between Austin and Dallas were both played this year and they ended in favor of Dallas who are three points ahead of Austin at this point in the Western Conference.

Fourteen of the twenty games that Austin played this MLS season ended with under 2.5 total goals. Also, Austin FC's average for the season is 2.1 goals per match. For Dallas, four of the last five fixtures they played ended with fewer than 2.5 total goals.

These are all the head-to-head stats you need to read to conclude the event. You can even see some of the top bookmaker odds.

Both Austin and Dallas are at the bottom of the Western Conference table, but in terms of recent form, Dallas seems to be doing much better than Austin. Another advantage is that they have fewer injured players. Only defender John Nelson and midfielder Paxton Pomykal won't be able to play because of the injuries they suffered recently.

Austin has three injured forwards, including D. Hoesen and U. Segura, and an injured defender – Ben Sweat. They are all suffering from unknown injuries and have been missing for more than ten fixtures at least (some even more). We don't know when they will be back in action, but it certainly won't be on Monday against Dallas. 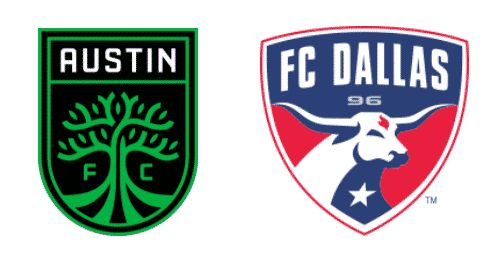 What You Should Know About the Match